Side Effects of Bulimia on the Body and Mind

It may be tough to tell if someone has bulimia nervosa just by looking at them. They may look healthy, not appear overly thin, and seem to eat.

However, that doesn’t mean that bulimia nervosa isn’t a serious eating disorder. In fact, bulimia and other eating disorders, like anorexia nervosa, are among the mental health conditions with the highest fatality rates. This is partly because they take a tremendous toll on the mind and body.

Bulimia nervosa is a complicated eating disorder that involves inconsistent eating patterns motivated by a desire to be thin. It’s best known for an eating pattern that includes periods of bingeing followed by purging.

Binges are periods of eating a large amount of food, usually in a short amount of time. A lot of calories can be consumed during a binge. Purging refers to self-induced vomiting, excessive exercise, or laxative abuse. These behaviors follow a binge in order to rid the body of the calories that were consumed.

While this cycle of bingeing and purging are two of the most definitive traits of bulimia, there is more to it. Bulimia nervosa can have a huge impact on emotional and mental health, and can lead to severe life-threatening medical complications.

The cause of bulimia nervosa is multifaceted and can vary from person to person. There is a strong genetic component. That can be fed into by societal pressures around weight and body image, as well as underlying mental health concerns like anxiety.

What are the effects of bulimia?

Untreated bulimia nervosa can have lasting, dangerous effects on the individual. In fact, every major system of the body can eventually be impacted as a result of prolonged strain and malnourishment. Below are some of the ways in which bulimia can negatively affect an individual struggling with this disorder.

Bulimia nervosa is so much more than a struggle with food. It’s a mental health disorder that triggers unhealthy and compulsive thoughts and behaviors. Many individuals with bulimia experience obsession around counting calories and monitoring weight gain or loss, as well as compulsive exercise patterns and preoccupation with appearance.

Depression and anxiety are very common with bulimia; in fact, anxiety disorders are the most common mental health issue associated with all eating disorders. Bulimia nervosa can cause a person to feel a wide spectrum of negative emotions. Some of these include overwhelm, shame, and embarrassment of their disorder and behaviors, which can lead to additional unhealthy patterns like isolation and substance abuse.

Bingeing and purging are often done alone and kept secret from others. Sadly, suicidal ideation or behavior can result from prolonged stress, depression, isolation, and an extremely unhealthy body image.

Frequently throwing up can cause dehydration, followed by fatigue, muscle weakness, low blood pressure, and electrolyte imbalances (especially potassium, sodium, and magnesium), which are stressful for the heart. The strain can become so much that it weakens the heart muscle itself. This can lead to irregular heartbeat, and eventually even heart failure.

The prolonged cycle of bingeing and purging in bulimia nervosa is taxing on the digestive tract. Vomiting can lead to damaged tooth enamel and oral disease due to the high acid exposure to these areas. Early signs of this kind of damage may be stomach pain, tooth sensitivity, or a sore throat, which can progress to puffy cheeks and gum inflammation, acid reflux, intestinal damage, and even bloody vomit.

Scarring and calluses on the hand from bulimia are called Russell’s sign, which is often a sign that someone has the disorder when other bulimia symptoms may be less apparent.

Some people with bulimia nervosa use laxatives, diuretics, and/or diet pills to promote weight loss or prevent weight gain. These might take the place of vomiting after a binge, or be used as an additional behavior to compensate for bingeing. Overstimulation of the colon by these kinds of drugs can cause it to slow down. Laxatives that promote water loss from the body can be strenuous to the kidneys and cause damage over time. They may also lead an individual to become severely and chronically dehydrated.

Lack of water in the body from dehydration can make hair, skin, and nails dry, brittle, rough, scaly, and frizzy. Hair loss is a common side effect.

Hormonal imbalances are common with bulimia. This can lead to disruptions in menstruation in women, low libido, and infertility.

Bulimia during pregnancy is especially dangerous for both mom and baby. It increases the risk for pregnancy complications, miscarriage, stillbirth, and birth defects, as well as postpartum depression and difficulty breastfeeding.

Treating bulimia symptoms and side effects

In more severe cases, individuals with bulimia nervosa may need to be hospitalized and receive inpatient treatment to replete electrolytes, promote weight gain, or address other side effects. Others may benefit from being admitted to a residential treatment facility, partial hospitalization program, or intensive outpatient program that specializes in eating disorder recovery. Recovery from bulimia, as well as other eating disorders, can take many years.

A registered dietitian can play a substantial role in the education and support of patients to heal their relationship with food. If you or someone you know is struggling with bulimia, disordered eating habits, or an otherwise unhealthy relationship with food and is ready to change, please reach out! 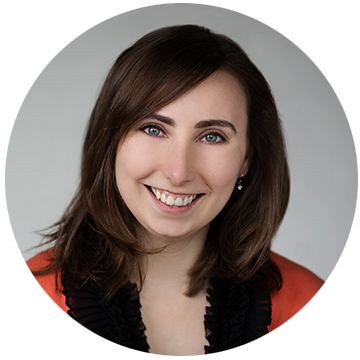 I am a Registered Dietitian Nutritionist, and have a Bachelor’s degree in Food Science and a Master’s degree in Nutrition. And I'm excited to work with you! I help feel normal again and live life with as few restrictions as possible.